Angus Haywood is a black and white film, landscape photographer.

He currently lives near the silver water of the open Chichester Harbour Nature Reserve, on the southern coast of England.

Sensitivity to the landscape and light became imbued from first experiencing life in England’s southern rolling farm fields and varied coasts, and the mark of mankind on them.  He grew up surrounded by rural Dorset, around Sherborne, amongst its wheatfields and hedgerows, copses and crows, tracks and lanes, its shorelines and seasons. The weather and the light it brings in Britain is so wildly changeable and complex within every season, and within every week and day, that it becomes instinctive to be always conscious of it and aware of its next display.

Influences and respect over the years have been for the work of Fay Godwin, working with Michael Kenna and Charlie Waite and their artworks through the Bosham Gallery, Bill Brandt, Cartier-Bresson, and other contemporary photographers, such as Masao Yamamoto in Japan.  Man Ray, Capa, Brassai, Vivian Maier, Kertesz, Ansel Adams, Doisneau, Edward and Brett Weston, Sebastiao Salgado, all of these photographers hold an ongoing interest.

His evolution to black & white film photography began in the 1980’s, when first given a Russian ‘Zenit’ film camera, progressing to a very manual Swedish ‘Hasselblad 500-series’ medium-format film camera, with its well-known, quality German ‘Zeiss’ lenses.  This Hasselblad doesn’t even have a battery.  Long exposures of minutes to hours wanting to express the movement of clouds, water, leaves, trees, time, require a tripod, as do most photographs for sharpness.  The film-rolls are processed by hand, then crafted by Angus within the photographic darkroom into handmade silver gelatin prints of limited edition numbers.  They are professionally dry-mounted on mountboard, and framed with archival, anti-reflective/UV glass to allow really seeing through to the detail and help preserve the print over decades.

He has been an airline pilot, firstly in Britain and into Europe, returning to the UK after finishing eight years living and working in Saudi Arabia in 2016, flying throughout the Middle-East and within SA, from Riyadh into Syria, Lebanon, Jordan, Turkey, UAE, Kuwait, and across The Nile into Egypt and Sudan.  The artistic and the technical….striving for a ‘polymathic’ learning of both worlds, and being able to move from one to another without remaining in just one or the other, make for a far deeper appreciation, empathy, and humility in life, and within our landscapes.

He continues with further photographic and artwork projects, printing only silver gelatins in the darkroom, beginning in 2020 with photographing all the Italian Lakes, and within western and southern Germany during the day and night.  The Italian Lakes and Germany again, France, Britain, and more of Europe to follow, photographically.

Enquiries or Gallery representation consideration in Europe or further afield are always welcome through the Contact page. 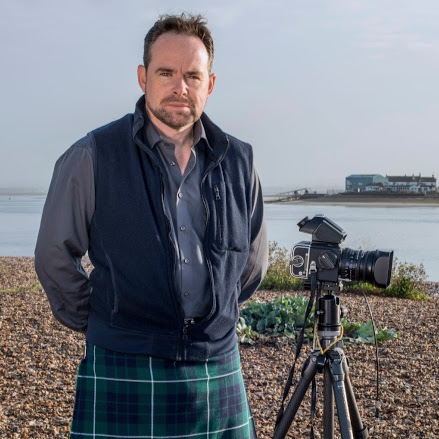